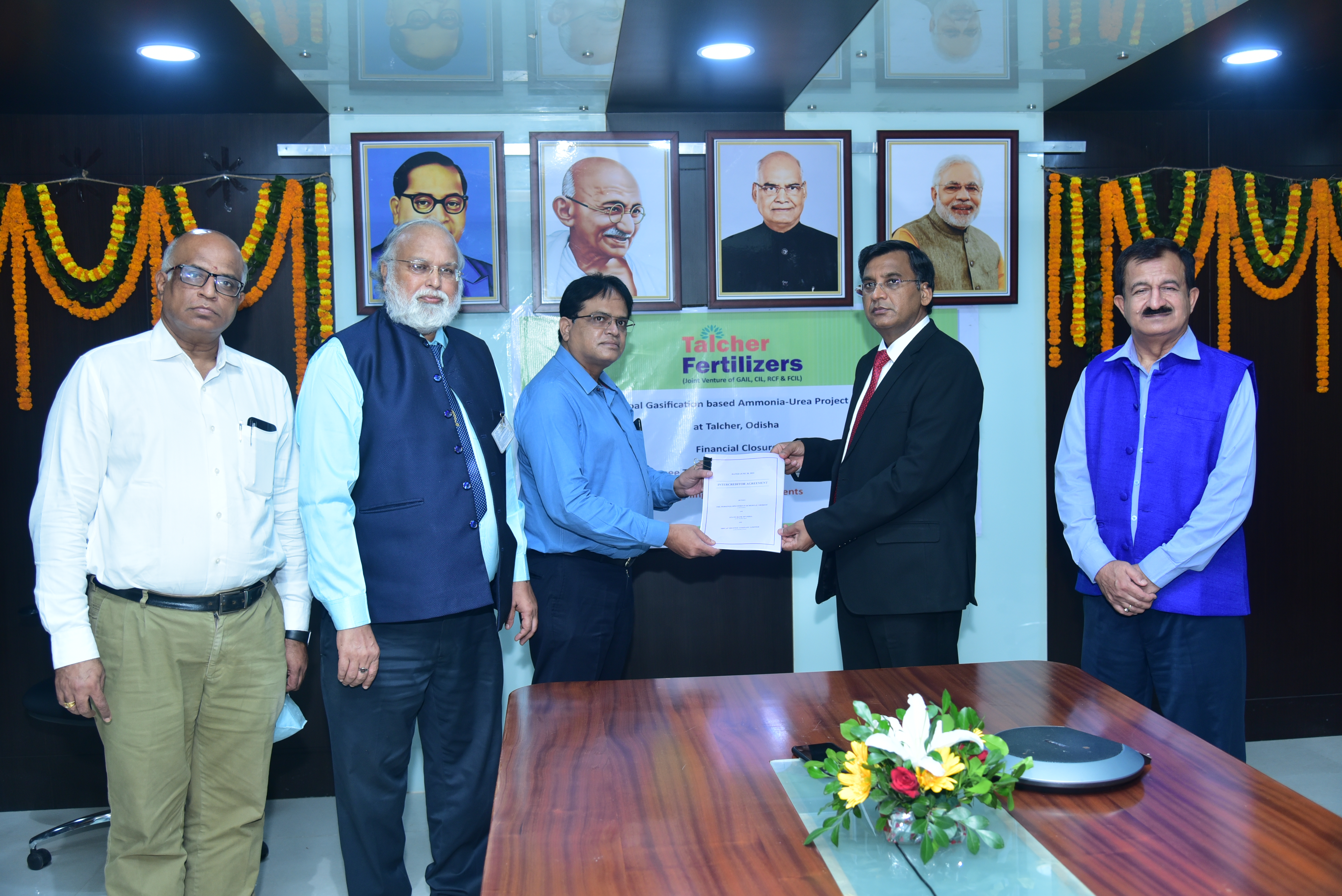 TFL has been mandated by the Government to revive the erstwhile Talcher plant of FCIL by setting up a new greenfield coal gasification based Urea Plant with the installed capacity of 12.7 Lakh Metric Ton per annum (LMTPA) at estimated project cost of Rs 13,277 Crore. The total debt secured by TFL as part of this facility is Rs 9,560 Crore and balance funding shall be provided by its Promoters in form of equity. The debt has been secured after CCEA, chaired by Hon’ble Prime Minister, approved in April 2021 the exclusive subsidy policy for urea produced by TFL through coal gasification route.

The implementation of the Talcher project is being undertaken through a technology which is being used for the first time in India and is a significant step towards ensuring energy security of the country through harnessing the vast coal reserves of the country in a manner which is more environment friendly than direct fired coal projects. Shri Yadav informed that the project shall act as harbinger in attracting huge investment in the country for coal gasification projects and will pave the way for alternative use of indigenous coal which shall in turn aid in gasifying the stated aim of 100 MT of coal by 2030. The project shall also provide impetus to the economy of Odisha in particular and eastern India in general thereby also propelling India towards Atma Nirbharta (self-reliance).