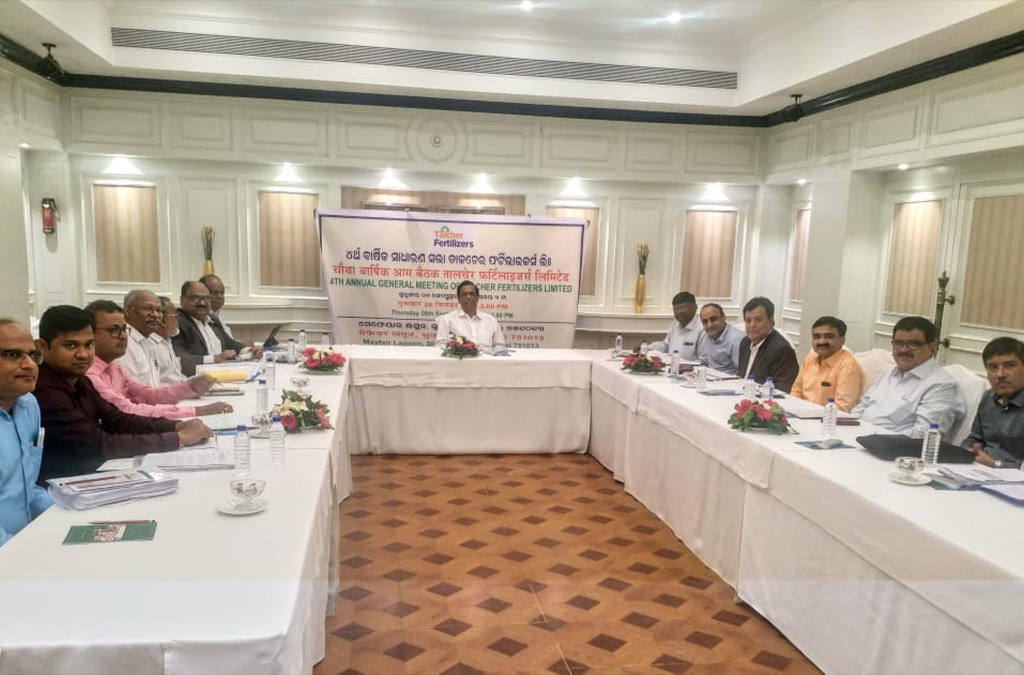 The 4th Annual General Meeting of TFL was held on 26th September 2019 at Hotel Mayfair Lagoon, Bhubaneswar. The meeting was attended by the representatives of all the shareholders of the company viz. GAIL, RCF, CIL and FCIL along with the auditor of the company. The audited accounts of the year was adopted in the AGM. Further this being the last AGM of the company held under the leadership of Sh. U V Dhatrak, all the shareholders expressed their regards to Sh. Dhatrak and complimented him for taking the project to the current stage. Under the leadership of Sh. Dhatrak, Investment Approval of Talcher Fertilizer Project has been accorded and the major contracts of Coal Gasification and Ammonia/Urea LSTK packaged have been awarded.